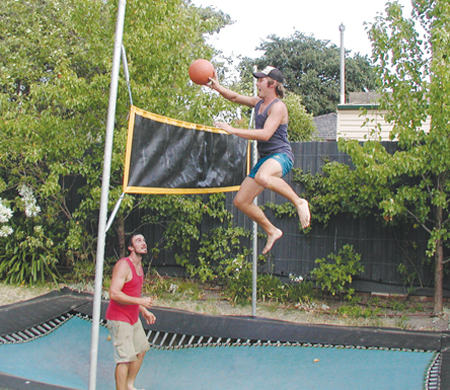 BounceBall is fun for the whole family.

It is great entertainment and easy to install or pack away. BounceBall brings another dimension to trampolining. Mr Trampoline BounceBall products are heavy duty and designed to last.

The rules of Bounce Ball

The game is fun for all ages and is played exclusively on a trampoline.
The rules are similar to those of beach volleyball – only the server can win a point.

Lose the point by:

Once a point has been won, the players begin the synchronised jump again and the ball is put back into play.